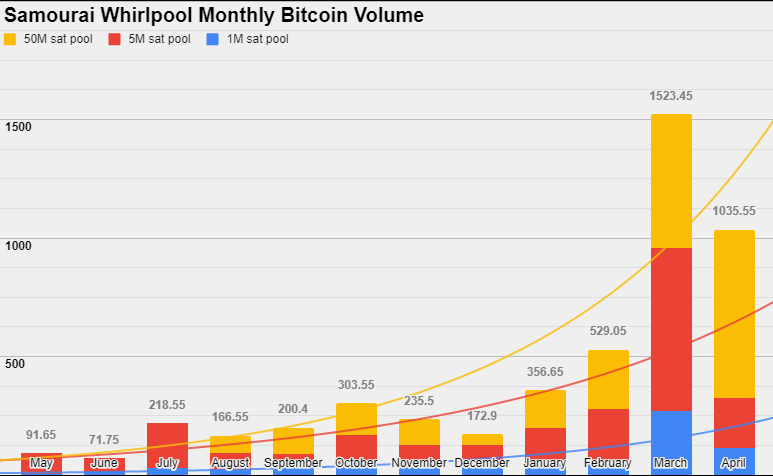 Volume for Samourai Wallet’s non-custodial Bitcoin mixer, Whirlpool, tripled last month, with the service processing more than $10 million worth of Bitcoin (BTC). According to data published to Twitter by Whirlpoolstats’ Matt Odell, March activity  comprised 40% of the then-total volume produced by Whirlpool since its launch in May 2019. Whirlpool mixer sees record activity […]