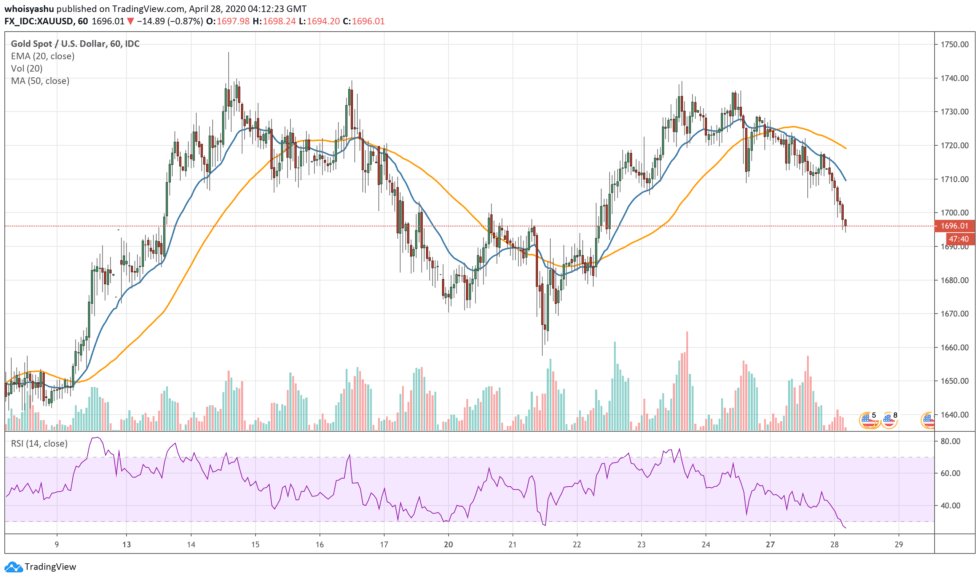 Bitcoin starts correcting lower a day after hitting the local top near $7,81k The move downhill occurs alongside a similar price action in Gold markets. The yellow metal weakened towards $1,700 an ounce as some US states moved towards reopening economies. Bitcoin showed first signs of withdrawing from its ongoing upsurge as its price slipped […]