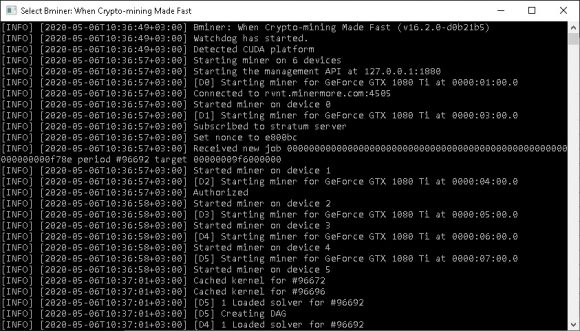 6 May 2020 Here comes another update after the recent BMiner 16.1.0 release, the new Bminer 16.2.0 adds support for the new KAWPOW mining algorithm to be used by Ravencoin (RVN) after the fork later today as well as support for the ProgPoW algorithm used by crypto coins such as SERO. Preformance wise ProgPoW and […]

The post Bminer 16.2.0 With Added Support for KAWPOW and ProgPoW appeared first on Crypto New Media.